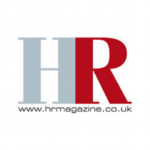 Under-25s struggling because of lower pay

Under-25s are missing out on between £820 and £6,300 a year because they are not entitled to the National Living Wage
The Young Women’s Trust’s report, Paid Less, Worth Less? found that more than a million young people are being paid up to £3.45 an hour less for doing the same jobs as older workers.
Apprentices were found to be some of the hardest hit financially. The legal minimum wage for apprentices of £3.50 an hour falls £4 short of the government’s £7.50 National Living Wage, leaving them £7,280 a year worse off than workers aged 25 and over.

The researchers surveyed 4,000 young people, and found that 83% supported raising the apprentice minimum wage. Seventy-nine per cent wanted to see the National Living Wage extended to under-25s. This was more popular than abolishing university tuition fees, which was supported by 59% of respondents.

Young Women’s Trust chief executive Carole Easton said many young people are experiencing hardship as a result of low wages. “Young people are telling us day in day out that they are struggling to make ends meet,” she said. “They are falling into debt, using food banks in greater numbers, and their self-confidence is low. It’s no surprise when they are paid less for the same work.
“We all need a basic amount of money to get by, no matter how old we are. The bus to work costs the same whether you’re 24 or 26. Gas and electricity cost the same, regardless of age. Rent doesn’t cost any less in your early twenties.”

The Young Women’s Trust has launched a campaign alongside its report to persuade the government to extend the National Living Wage to under-25s. “Much more needs to be done to improve young people’s prospects and give them hope for the future,” explained Easton. “This means giving them the right skills and support to find jobs, ensuring decent and flexible jobs are available, significantly increasing the apprentice minimum wage, and changing the law to ensure under-25s are entitled to the same National Living Wage as everyone else. This would benefit businesses and the economy too.”