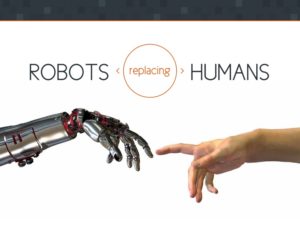 Rhiannon Curry of the Telegraph http://www.telegraph.co.uk/business/2018/01/27/nhs-publishes-300m-contract-new-surgery-robots/ Robots which carry out heart surgery or remove cancerous tumours could soon be more common after the NHS launched a search for companies to provide £300m of robotics services in UK hospitals. A public tender has been published for companies which manufacture and maintain robots for a range of surgeries across adult and paediatric medicine, including coronary artery diseases, colon cancer and kidney disorders. According to data company Tussell, which tracks public sector contracts, the tender is the largest of its kind to have been published. Previously, the most that had been spent on robotics in one go was the £74m tender which the Countess of Chester Hospital NHS Foundation Trust published last May for an automated pharmacy dispensing system. Robots can offer greater precision in complicated surgical procedures, and are also increasingly used in the diagnosis of many common diseases. Robots are often able to go where human hands could find it difficult to reach, or to provide a second pair of hands to hold instruments for surgeons, freeing up a clinically-trained colleague to work elsewhere. They are already used widely in common operations such as knee surgery and removing tumours in the bowel. Spending on the machines has rocketed over the last decade: 2017 saw the highest number of tenders for robotics companies from the public sector, with 50 contracts published, up from 36 a year previously. More than a quarter of UK hospitals which carry out surgery already use robots, a figure which will increase this year. Their use could also be extended outside the operating theatre. Last week, a leaked report from NHS England suggested that inquiries to the NHS 111 helpline could be handled by robots within two years