By RICHARD SPILLETT FOR MAILONLINE 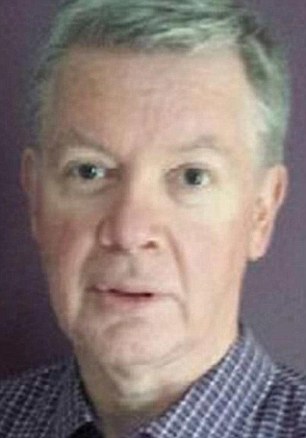 A whistle-blowing activist is suing trade union Unite for £200,000 after being sacked from what he says was a zero-hours contract.

The union, headed by Len McCluskey, has previously led the campaign against the use of zero-hours contracts, which it says amount to exploitation.

But Martyn Reuby, 60, a Unite member for over 42 years, says he was fired after continually raising the terms of his own employment, which he said amounted to such a contract.

Mr Reuby, who worked as a lecturer teaching ‘best practice’ to union officials in south-east England, claims up to 500 tutors were unlawfully categorised as not being employees of Unite.

He claims his case was referred to as ‘Martyngate’ within union circles and he believes his subsequent dismissal in March 2014 was a direct result of being a ‘thorn’ in Unite’s side.

Father-of-three Mr Reuby is now claiming over £200,000 for loss of earnings and injury to feelings, while he also accuses Unite of a breach of contract in a legal wrangle costing £150,000 to date.

If his claim at Croydon Employment Tribunal for unfair dismissal is successful, it could lead to hundreds of other lecturers claiming loss of earnings.

Last March, Mr Reuby won the first round in the legal battle after a tribunal ruled he had been employed on a short-term contract by Unite between 2008 and 2014.

He said that the way his employment was classed by Unite meant he was denied basic rights, an issue flagged since 2011.

Since 2008 Mr Reuby had taught health & safety, work place representation, equality and best practice across colleges in London, Sussex and the East Midlands .

But he was dismissed on 11th March 2014 by the regional education officer and told ‘I have my reasons’ when asked why, it is alleged. 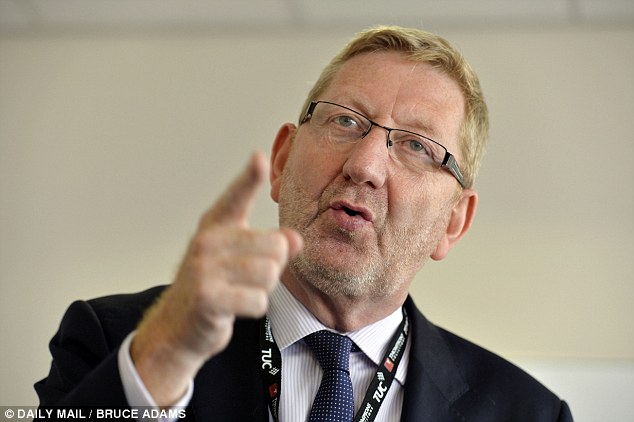 Unite, headed by Len McCluskey, has campaigned against zero-hours contracts but is accused of using them.

Mr Reuby, represented by Jahad Rahman, told the tribunal today: ‘I strongly believe that my dismissal was automatically unfair and that the decision to dismiss was in itself an act of victimisation because I was a thorn in the side of management, particularly in relation to the concerns expressed about the use of zero hours contracts within the union, which was clearly hypocritical.

‘Zero hours contracts are putting people in poverty and debt and the use of such contracts and the denial of basic employment rights is inconsistent with what the Union stands for.

‘I was simply acting as trade unionists but I was victimised for doing so.’

He added: ‘Since the victimisation, I no longer feel able to go out and socialise with friends and other activists.

‘This has also affected my family and at times, I would just ignore my wife and have anger management issues with her. I become angry with her at the smallest things which I would normally be able to cope with.

‘The effects are still present in my daily life, in that I feel generally depressed with little interest in anything.’ 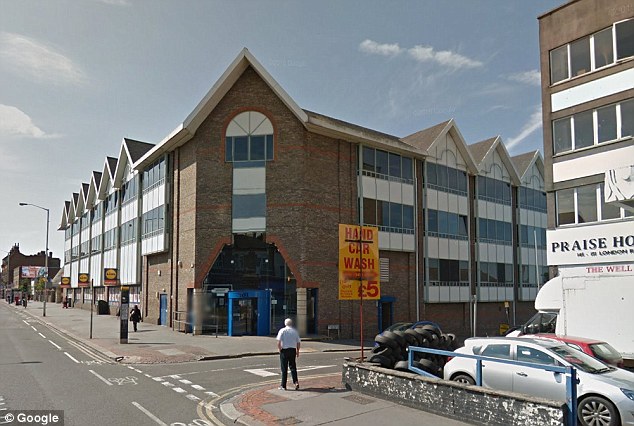 The case, being heard at Croydon Employment Tribunal (pictured) could pave the way for other similar cases

Unite has previously claimed it did not employ Mr Reuby, who had a series of short-term contracts from colleges, which did not guarantee any minimum hours.

A spokesman for the union previously said: ‘Unite does not use zero-hours contracts and it is misleading to say so. The tribunal did not find that Mr Reuby was employed on a zero-hour contract, but rather he was employed on a series of short-term contracts.’